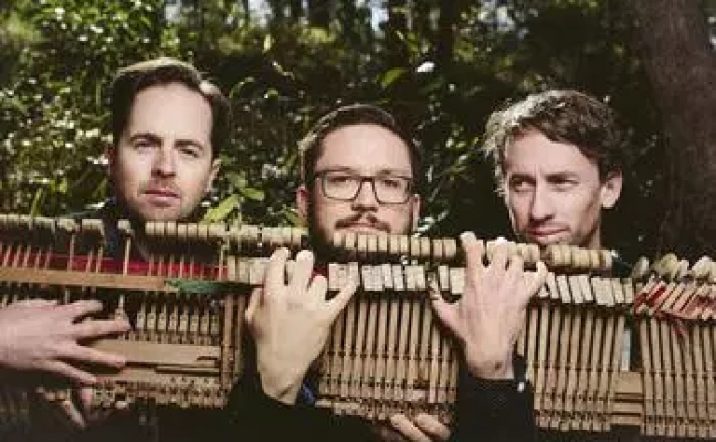 The Oxford English Dictionary defines trichotomy as ‘a division into three categories’, an apt name for this accomplished Australian band of composer- musician individualists, who have despite some change in line-up, since the late 90’s developed an increasingly distinctive sound.

Busy collaborating with for example world music duo DVA, and more recently touring with British saxophonist Julian Arguelles, this is Trichotomy‘s  first visit to Edinburgh in 5 years. Today they showcase their Known-Unknown, due to be released later this week on Challenge Records. With their usual rhythmic playfulness, melodic clarity and brief yet beautifully- formed improvisations as in “Inbox Zero,” tonight they introduce a new element: electronics, morphing and looping the sounds of their acoustic instruments.

The majority of tonight’s pieces are composed by Sean Foran (piano and electronics), who brings a precise lyricism, a sense of containment and of fun, such as when he presents a melody then cheekily repeats it off key whilst Vincent’s bass continues to play in the original key.

Meanwhile John Parker (drums and electronics) leads the frequent sometimes surprising time signature and rhythmic changes, speaking of an intelligent curiosity, whilst Samuel Vincent(bass and electronics) rounds off the whole with delicate, often pizzicato detail as in his dream-like “Past Tense”. The dynamic yet focused and clear style, and spacious quality which eases into some notably sensitive duos, all speak of the deep rapport this band has developed.

Though sometimes compared to EST, there is a sense of multiple influences, and tonight their use of electronics, gentle ambience and improvisation, calls to mind that other renowned and widely- touring antipodean group, The Necks. However ultimately Trichotomy’s sound is unique and as such this reviewer suggests, merits close watch in the future.