Not Scottish, but a selection from Bandcamp of some of the past year’s best jazz releases. Superb. Enjoy!

37 of us each chose ONE jazz highlight – it was very difficult to narrow down!  Perhaps unsurprisingly, Scottish Jazz Space (under my name Fiona Mactaggart) chose the Edinburgh Jazz and Blues Festival:

Jazzers, we need more jazz in the Fringe Festival – and, as luck would have it, The Edinburgh Fringe Made in Scotland Showcase is now open!  Deadline is Monday 11th November 2019 Monday, and there’s 2 information sessions:

A brilliant idea! A musical instrument library in north Edinburgh. Instruments available for borrowing by those aged between 10 and 25 years old. Also donations of instruments gratefully received.

Jazz From Scotland: an excellent hub for info about Scottish jazz:

A new, 3 day mini-festival in Edinburgh, Scotland: a chance to hear ‘the youngsters’ coming up!

Bill Evans is coming to play in Scotland, with the brilliant Scottish National Jazz Orchestra ! Times and dates as follows:

Great organisation, which I’ve only just heard about, for women in music:  Scottish Women Inventing Music (SWIM) is a collection of female music creators and industry professionals, based in Scotland.  Brilliant.  The link is here:  https://www.scottishwomeninventingmusic.com/fullmission

The deepest recesses of Edinburgh University student union were an appropriate choice of venue for one of the most thought-provoking events at this year’s Edinburgh Jazz and Blues Festival (EJBF19): a presentation by the Scottish Jazz Archive (SJA).

After a short introduction from Dr Marian Jago, Lecturer in popular music at Edinburgh University, who emphasised the importance of ‘locally-grown’ music as a vital part of our community, two filmed interviews from the SJA were screened. These recent films, interestingly shot in black and white, of legendary Scottish jazz musicians/singers, Kenny and Violet Milne of Criterion Brass Band and Spirits of Rhythm respectively, and singer Fionna Duncan, evidenced a richness of lived experience in and around jazz music in Scotland.

Following the films, a short discussion of the origins and on-going work of the SJA ensued. Some two years ago Norrie Thomson, jazz enthusiast extraordinaire met with Dr Haftor Medboe, Associate Professor and Jazz Musician in Residence at Edinburgh Napier University, to discuss expanding the former’s Edinburgh Jazz Archive to include all of Scotland. Since then, whilst Edinburgh city seeks to become the digital capital of Europe, the SJA has been working with all alacrity to record the stories of jazz from the mouths of Scotland’s senior jazz musicians.

Norrie spoke of his sense of the music being of singular importance and of his own personal recordings of Scottish jazz dating back into the 1940’s, which one day will be available to all in the SJA.  Dianne, the interviewer on the films, who helpfully comes from a documentary-  rather than a jazz- making background, described the sense of the films constituting at least in part, salvage ethnography, whilst Haftor opined that such recordings are of great importance, as otherwise jazz histories can run the risk of being crafted to the point of fiction.

To this crusty jazz buff, it appears that the SJA demonstrates that, key as the actual  music is – and recorded music will be an essential part of the archive –  as important are the relationships around jazz, the people involved in making and loving jazz music in Scotland. It will be exciting to watch this archive expand over the next few years. Funding to do this must be assured.

Last night at Edinburgh’s Queen’s Hall a 40th birthday celebration was held. It was in 1979 that this beautiful Georgian church embarked on becoming a favourite medium-sized venues in Scotland. A perfect space for chamber music, this beautiful space has over the 40 years however hosted a wide range of music, from Nina Simone, to David Byrne, to major orchestras such as the Scottish Chamber Orchestra.

Last night, following a short speech from Chair of the Board of Trustees, Nigel Griffiths, the mostly invited audience was treated to a varied programme from Edinburgh’s own Steven Osborne on piano with German Alban Gerhardt on cello. After a genteel first half (Schumann’s 5 Stucke im Volkston and Brahms’ Cello Sonata in F Major Op, 99) the second half breathed fire, particularly the final Ravel pieces (Alborada del gracioso, Habanera and Tzigne).

One looks forward to the next 40 years of programming at this remarkable space.

This year’s Edinburgh Jazz and Blues Festival looks like being the most interesting yet. With a diverse choice of musicians and bands, it seems like there will be something for most tastes. Plenty of home-grown Scottish bands, a selection of popular London-based bands and happily, as usual, an interesting selection from overseas. Interesting that jazz and world musics grow more inter-twined as the years go by…  Not long to wait now: kicks off on Friday 12th July. 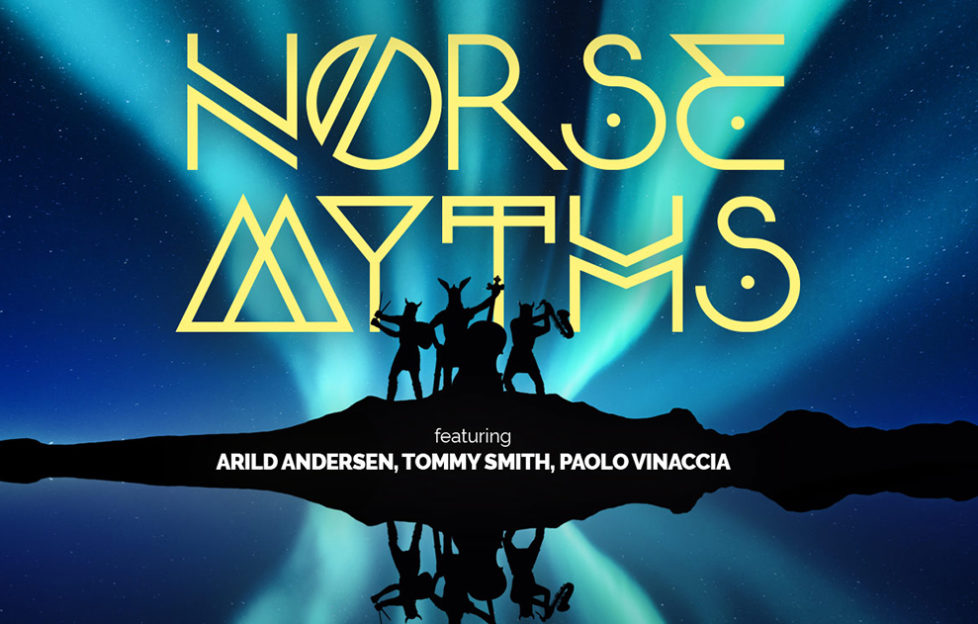 Very interesting concert on at The Queen’s Hall, Edinburgh this Saturday 23 March: Norse Myths. This is the newly commissioned project from sax star Tommy Smith and the SNJO, featuring Arild Andersen & Patrice Heral (the last-mentioned replacing Paolo Vinaccia who is unwell – we send him warmest wishes). This concert is likely to be an absolute  blast!

This morning The Queen’s Hall launched a varied programme to celebrate, in 2019, the 40th anniversary of it’s morphing from a church into one of Edinburgh’s favourite music venues. Speeches were made and Blue Rose Code provided musical sustenance. It was great to hear that Edinburgh’s own Tommy Smith will be programming the jazz component in this celebratory year. The following link gives further details:

“..the festival had one extraordinary performance that was in a class all of its own: Trio HLK’s collaboration with percussionist Dame Evelyn Glennie was an intense combination of complex musical ideas and virtuoso musicianship.” Tony Benjamin in Jazzwise, on the Bristol International Jazz and Blues festival 2018.

This brilliantly inventive UK jazz trio arrives in Edinburgh on 13th May on what must be one of the hottest tickets in Edinburgh this year. Led by evolved composer Richard Harrold, with widely respected 8- string electric guitarist Ant Law and drumming wizard Richard Kass, this innovative, highly accomplished and genuinely unique-sounding jazz trio are joined by pre-eminent classical percussionist, Evelyn Glennie. (Renowned alto saxophonist Steve Lehman, who plays on three compositions on the album, is not joining the trio on the tour.)

That the trio can attract collaborators of the distinction of Glennie and Lehman comes as no surprise, given the sophistication of the sound. With characteristic intensity and crazily ever – shifting harmony and especially rhythmicity, most pieces start from a jazz standard whereupon immediately head for outer space. The complexity and energy of the music gets the brain juices flooding, as if Bang on a Can has fused with trio VD (and what could be better than that!)

Thus this show – and album – will be of serious interest to all forward-thinking lovers of neoclassical, as much as it will be to followers of questing jazz. Don’t miss it!